The Fairfax Drainage District (FDD) is a governmental entity supported through taxes paid by property owners within the Fairfax Industrial District. The following information is provided for tax payers to better understand the reason for the Drainage District’s existence, it’s operation, and how tax dollars are being spent.

Simply click on the appropriate tab for more information. 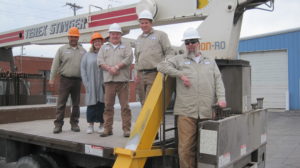 During the past 150 years, the Fairfax area has been subjected to serious flooding from the Missouri and Kansas Rivers on six separate occasions. Prior to 1900, local interests constructed minor flood control works to contain the Missouri and Kansas rivers but in 1903, 1904, 1908, and 1915 flood losses to industry, business, and residential areas in Fairfax were extensive.

Acting on a petition presented by a number of Fairfax property owners, the Wyandotte County Board of Commissioners created the Fairfax Drainage District on September 14, 1922 for the purpose of providing flood protection. With new taxing authority, a more organized and unified flood control program was initiated to keep the river within its banks and to remove storm water from inside the levee.

On June 22, 1936, the 74th Congress approved the Federal Flood Control Act which included the construction of the Fairfax-Jersey Creek Unit. With funding completed, the United States Corps of Engineers began designing the system and a contract was awarded to the Hamilton Construction Company on March 20, 1940. Construction of the basic levee was started on April 17, 1940 and completed on May 31, 1941. Upon completion, the levee was turned over to the Fairfax Drainage District for operation and maintenance. Since that time the levee system has been modified, improved, and updated many times.

The most extensive improvement was made between 1948 and 1952 when 148 relief wells were installed to act as "safety valves" for the levee foundation. During periods of high river levels, these wells will flow, relieving the water pressure in the foundation sands which in turn lowers the possibility of dangerous sand boils or uncontrolled seepage.

The flood which inundated the Fairfax Industrial District in 1951 was not caused by a failure of any Fairfax Drainage District structures. At that time, the lowest point of the levee was at an elevation of 756.8 feet above sea level and the crest stage of the river was 755.9 feet (gauge 46.2). While several things contributed to the flooding, the main cause was the failure of the Jersey Creek discharge box which is located outside the jurisdiction of the Fairfax Drainage District. Water pressure from the high river actually lifted off the top of the box allowing water to enter the District. After the flood, the box was reconstructed with a new design to prevent such a failure in the future.

Nine months after the July, 1951 flood, the top of the levee was raised and today the southeast end of the levee is at an elevation of 760.5 feet rising to 766.5 feet at the northwest end located at 18th Street. As a reference, the ground elevation inside the levee ranges between 740 and 745 feet.

Two separate times in 1993 the Missouri River rose above flood stage (gauge 32 ft.--where the river comes out of its banks). The first occurrence was in May when the river crested at elevation 745.0 (gauge 35.3). At the time of the May high water event, this was the century’s 7th highest gauge on record. The second occurrence spanned over the months of July and August and has been estimated by the Corps of Engineers as an approximate 500 year flood event. The Missouri River crested on July 27th at elevation 758.6 (gauge 48.9 ft.) which exceeded the 1951 flood gauge reading of 46.2 ft. by 2.7 ft. This is the highest river elevation on record. At its peak, the river elevation was approximately 18 ft. above ground level in most of Fairfax.

Although some minor weak areas were brought to light as a result of the 1993 high water event, the system performed remarkably well. The system has been repaired and is ready today to manage another high water event if conditions so dictate. Slightly over $1 million was spent by the District to fight the flood and make repairs. Almost the entire amount was reimbursed by FEMA. In addition, damaged levee structures were repaired at no cost to the Drainage District because Public Law 84-99 permits levee sponsors who maintain an acceptable rating by the Corps of Engineers to be fully reimbursed.

Extending 2,175 miles above Kansas City, the Missouri River drains a water shed of 428,000 square miles. This represents over 14% of the total land area of the continental United States. The flow in the river is, to some degree, regulated by the United States Army Corps of Engineers. This is accomplished by controlled releases of water from six large reservoirs on the Missouri River, located above the Gavins Point Dam near Yankton, South Dakota and extending into Montana.

The total length of the levee is 28,225 feet including 1,422 feet of concrete floodwall. The earthen portion contains 8.4 million cubic yards of fill with 142,000 tons of rip-rap on the riverward face, most of which was placed by hand; rock by rock. Water from the pressure relief wells is collected in large underground pipes and carried to adjacent pump stations where it is pumped back into the river. The collector system consists of nearly 25,900 feet of 15" to 48" diameter pipe.

Another collector system consisting of over 30,000 feet of 12", perforated pipe embedded in a gravel filter, is located at the landward toe to the levee. This system is used to collect and dispose of seepage water throughout the landward portion of the levee.

The system is designed to protect the District against a 500-year flood event, i.e., in any year there is a 0.02% chance of the river rising to the design elevation. As an added safety factor, the levee has a designed 2.5 foot freeboard above the 500-year flood elevation. There are a total of 12 pumping stations in the Fairfax District. Eleven are located along the levee. Six stations pump only water from the relief wells and five pump both well and storm water. The Twelfth station is located at 1620 Fairfax Trafficway and is activated when the river is high and the storm water will not flow into the river by gravity. The total capacity of all Fairfax Drainage District pumps is nearly 2 billion gallons of water per day.

There are four distinct types of sewers within the District. Some are designed strictly for the collection of storm water and their flow goes directly to one of five Drainage District pumping stations where it flows by gravity or is pumped into the Missouri River.

Two other types of sewers are pressurized systems. One is for clean, process water only and it, too, flows by gravity or is pumped into the river. The other is for only sanitary waste water and it is pumped to City facilities for processing. The fourth and largest system of sewers in the District is a combined system serving most of the area by collecting both storm and sanitary flows. Under normal conditions, all of this flow goes directly to Unified Government (UG) facilities for treatment. In all, the FDD owns approximately 40,000 ft. of storm sewers and combined sewers in Fairfax.

As most (some are UG owned, others are privately owned) of the sewers in Fairfax belong to the District, approval is required prior to making any changes in storm or waste water disposal which flows into the FDD system.

The District is governed by a three-member Board of Directors who are elected by Fairfax property owners serving four-year terms. In addition to the Board, the District has 6 full time employees. Office hours are normally between 7:00 am to 4:30 pm. District personnel monitor & operate the pumping stations and flood protection equipment, mow and trim some 400 acres; lubricate, service, and test all pumps; service, check, and test all motors and engines; conduct performance tests on levee relief wells; lubricate and inspect sluice gates, flap gates and valves, spray for noxious weeds; and perform many other routine and specialty projects. Whenever possible and economically feasible, District personnel make the necessary repairs of component failures. Larger, more complex projects are contracted to specialists in their field. When the river reaches river stage 19.5 ft the District goes on "river watch". That is, Fairfax Drainage District begins to activate its pumping stations. Since 1993, the FDD has averaged 37 days of river watch.

Obviously, extended periods of river watch have an impact and interfere with our routine maintenance and special projects. In such situations, non-critical tasks such as mowing, trimming and etc. are postponed.

Occasionally, radio and TV stations will report river stages when there is a danger of local flooding. Usually, these numbers are reported in "gauges" at a particular location. For example, the Corps of Engineers has established a zero gauge of 706.4' above sea level at the Hannibal Bridge to report river stages on the Missouri River at Kansas City. A gauge reading of 25.0 feet would mean the river elevation is 731.4' above sea level at the Hannibal Bridge which is located 1.76 miles downstream from the southeast end of the Fairfax levee.

Although the United States Army Corps of Engineers designed and paid for the original levee system in 1940, it was turned over to the District and today the Corps' only responsibility is to act as a consultant to the District. In that role, the Corps conducts annual, formal inspections of the entire facility and issues a report on the worthiness of the system. The District has consistently received high marks over the last several years which results mainly from the many recent improvements made to the system and the foresight of the governing board.

The Fairfax Drainage District has an ongoing interlocal agreement with the Board of Public Utilities whereby the BPU pays the District $270,000 annually for its share of the flood wall improvement project at the BPU/Quindaro Power Plant and its participation in the flood protection benefits it receives in Fairfax.  This agreement expresses a definite willingness of the BPU to assist with the flood risk reduction improvements and operating & maintenance expenses of the District as they are not subject to the same ad valorem tax as industry.

A similar interlocal agreement is in effect between the Fairfax Drainage District and the Unified Government and the current annual payment is approximately $197,700 (CPI adjusted) to help offset cleaning and maintenance expenses due to discharges regulated by the UG.

Being within the city limits, building permits are required by the Unified Government for any new or remedial construction work in the District.   The Board of Directors of the Fairfax Drainage District appreciates the problems of dealing with two distinct bureaucracies and has limited the types of activities requiring District approval to those affecting flood control and interior drainage.  They include:

1) Any construction or activity affecting the flow of sanitary or storm water flow in District sewers, including new taps.

3) The abandonment of any underground structure, pipe, or utility.

4) Construction of any well, both permanent and temporary.  This includes monitoring wells, vapor extraction wells, geoprobe holes and all subsurface borings.

The Board suggests that all industries contact the District office prior to initiating any other type of construction in the District.

Below you will find the annual report for the FDD.

The Fairfax Drainage District is supported by the property owners within the District and we invite tax payers to contact us for a tour of the levee and other pumping/drainage facilities to see first hand the complex system which protects your investment. Please keep in mind that the levee and adjoining land outside the levee are restricted areas and it will be necessary for a District employee to accompany you on the tour. 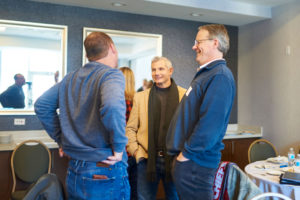 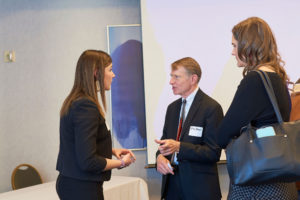 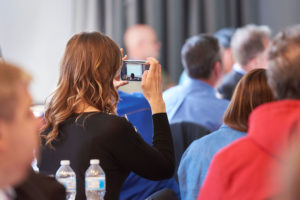 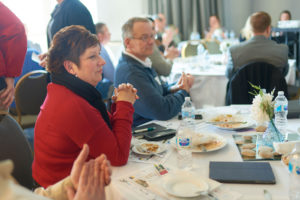 This is for the September, 2022 luncheon. All details are pending and we will update this page as they become available. Date/Time: Thurs, 9/8/22 from 11:15am-12:30pm Location: TBD Event Sponsor: TBD Topic: TBD Should you have[...]
View Calendar
Add